Worlds Scariest Jobs – And You Thought Facing Your Boss Was Scary!

We all go to work at least once in our life afraid of a reaction from our boss.  Other fears we have may include giving a presentation and knowing that something is going to go wrong or that we stain our outfits and co-workers may notice and laugh.  Luckily for us it might just be our boss yelling at us for a few minutes or a couple of days of embarrassment then we are done and they go away.   For us this might seem like a life or death situation, but to the people who risk their lives everyday or deal with the weird and creepy in these world’s scariest jobs, facing your boss might not look so bad.  (Read through to the end to find the world’s scariest job.) 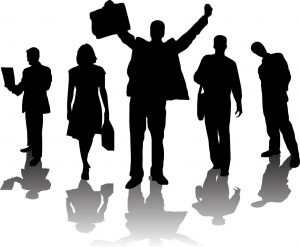 This first world’s scariest job is someone who has to climb one of the tallest towers in the world.  We all have felt weak in the knees when standing at the top of a building from an observation deck.  We’ve all had butterflies in our stomach on a roller coaster when the train gets to the top of a hill as well.   Imagine what it would be like to have to climb one of the largest towers in the world by hand and drag your tool bag with you.  I think the video will show you why this is one of the world’s scariest jobs.

Shark Feeders.  Talk about a boss who will bite your head off.  If you have to feed sharks for a living then you know that if you get your boss mad or upset they can literally take your head off.  Although many people have swam with sharks, imagine having to jump in the water to feed wild sharks every day for a living.  This is one occupation I think I’ll pass on.

Now some people love heights and many kids love to play on swings when they are younger.  Skyscraper window washers on the other hand take these two things to the next level.  Imagine lowering yourself down the side of a building on something that looks like a swing and washing windows hundreds and thousands of feet in the air.  Imagine what it must feel like to have a large burst of wind hit you as well.  I think I’ll stay put inside the building and leave the window washing to the much braver people.

So unless you are afraid of cemeteries or dead bodies then this one isn’t probably going to scare you.  However if you don’t have a strong stomach then I recommend you move onto the next worlds scariest job.   Forensic Entomologists not only have to work with cemeteries and in morgues, but they also have to work with dead bodies to look for evidence of a crime scene.  The thing that makes this job one of the scariest for me is that instead of just working with a dead body, Forensic Entomologists work by finding and dissecting the bugs living inside the dead person.   If working with dead bodies isn’t scary enough for you then adding in the bugs that live in side probably will do it.  No video for this one.  I didn’t even want to look.

There is nothing more terrifying than the unknown.  It’s like when you were a kid and laying in bed in a dark room and wondering if there is a monster under your bed.  Bomb Squad Technicians have to face the unknown each day.  Whether it is opening a suitcase or package that may explode at any minute or actually finding a bomb and having to deactivate or detonate it.  I give these people a lot of credit.

Now for the world’s scariest job.

In the spirit of the holidays we have to give credit to probably the bravest people of all, the Mall Santa Claus. Not only does the Mall Santa Claus face a screaming mob of kids demanding free things from them all day, but the paparazzi of parents looking for their photo is almost an endless blinding light.  Kid after kid wanting to pull off your beard to see if you are the real Santa Claus and parents encouraging you to hold their kids for one more picture make the Mall Santa the scariest job on my list.   If you know of another scary job or one that you would like to add to this list, please feel free to leave a comment below.  You can also share this list with your friends on Twitter and Facebook by clicking the green retweet button or blue facebook share button at the top of the post.  Thank you again for reading.