Even presidential candidates have to answer the dreaded, ‘What’s your greatest weakness?’ 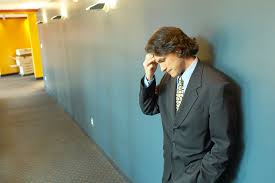 PITTSBURGH — In the words of comedian Stephen Colbert, on Oct. 28 during the biggest, most consequential, most public job interview in the U.S., the first question was one “that no one in human history has ever answered honestly.”

The moderators of the third Republican presidential debate kicked off a long evening with that dreaded interview staple: What is your greatest weakness?

The candidates’ answers — or non-answers — ranged from the unsatisfying but plausible to the irrelevant and bizarre.

Mike Huckabee said he couldn’t think of a weakness, then suggested that maybe living by the rules was a weakness, which allowed him to segue into how Washington doesn’t play by the rules.

Jeb Bush and Marco Rubio both said they were optimists.

Carly Fiorina said she was told after the first debate that she didn’t smile enough. The former Hewlett-Packard CEO widened her mouth for a few seconds then said, “I also think these are very serious times.”

Ben Carson suggested it might be a weakness that it didn’t occur to him that he might make a good president until “hundreds of thousands of people” told him so.

John Kasich, Rand Paul and Chris Christie didn’t even try to answer the question and instead used the time to talk about something else.

In a next-day autopsy of the debate, “Late Show” host Colbert told the audience that when he interviewed for his gig, “I said my biggest weakness was sometimes I work so hard I forget to cash my paychecks.”

“Somebody who asks a dumb question like that doesn’t know what else to ask,” so you might as well convert it into an opportunity to make a point about how great you are, said Bill Byham, executive chairman at Development Dimensions International in Scott, Pa.

“You run the interview,” he advised.

The question fails to get at the central purpose of a job interview: to determine whether the candidate has the right skills to succeed, he said.

That’s, in part, because no one will answer it honestly and, if they do, the only way it would be relevant is if the weakness is an actual impediment to performing the job duties in question. That, of course, would be a pretty bad answer.

Nevertheless, the “greatest weakness” question is still an interview mainstay so it’s a good idea to prepare an example of a time you’ve taken steps to improve on a weakness.

While Byham is firm on the value of this common question — “none,” he said — career websites have mixed reviews. Some say it’s a way for interviewers to throw candidates off track and see how they think on their feet. Others say it’s valuable if only to weed out the people who say, as Huckabee did during the debate, that they have no weaknesses.

Karen Litzinger, owner of Swissvale, Pa.-based Litzinger Career Consulting, says the point of asking is to assess if the job candidate has any self-insight.

“Like all of interviewing, it comes down to reflection, preparation and practice,” she said.

Pick an honest weakness, but not so honest as to be incriminating, Litzinger advised. Show how you’ve worked to overcome it. “Help them know that you’re coachable and you’ll be open to feedback.” The whole “I work too hard” bit doesn’t cut it, she said. Still, there’s a way to use the weakness question to show a strength.

People who are detail-oriented, for example, might say they need to monitor the time they spend on a project so their thoroughness doesn’t bump up against deadlines. Then they can talk about their strategy for doing that.

“We all have things to work on,” Litzinger said.